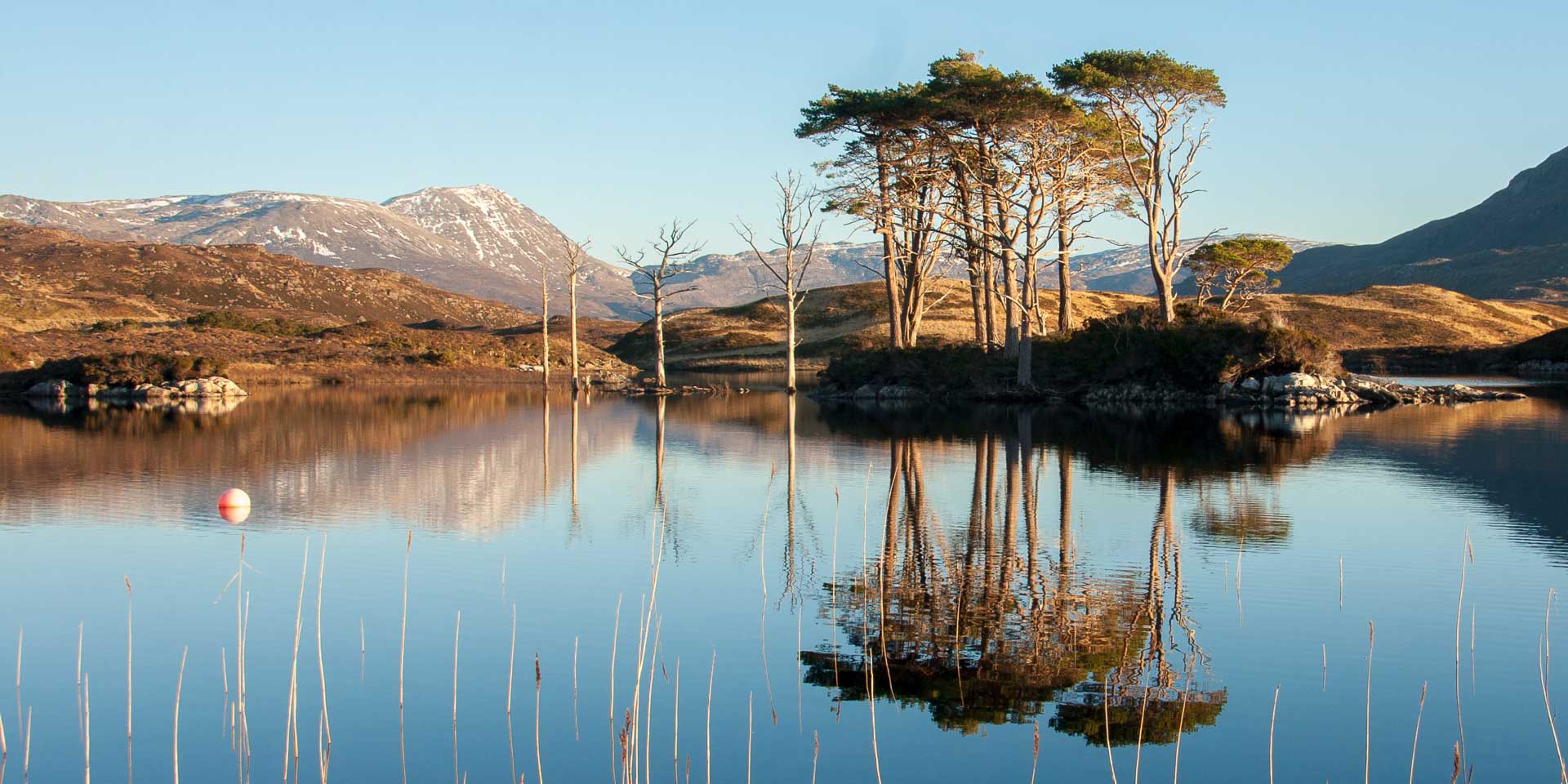 Jeanette McCarthy is the Administrator for the Assynt Crofters Trust, as well as a writer and painter. She is married to John McCarthy, owner of Lochinver Landscapes. Jeanette and John first visited Lochinver in 2001 and instantly fell in love with the area. They moved to Lochinver permanently in 2008.

The history of the Assynt Crofters Trust

The whole of the North Assynt Estate, which covers the area just north of Lochinver and up to Kylesku, used to belong to the Vestey family. But in 1989, it was sold to a Swedish land speculator in three lots. And when the company went bust in 1992 and had to be sold again, it was to be broken up into seven lots. This wasn’t good news for the crofters who occupied the land and paid rent to the landlord.

“All these lots were going to be sold off individually, which meant that some of the crofters would end up with two or three landlords. It’s bad enough having one landlord, never mind having two or three”, explains Jeanette.

The Assynt Crofters Trust is made up of a team of Directors. They are all volunteers; crofters from each of the townships. They meet every two months to discuss activities related to protecting the land and the people who live and work there. As the Administrator for the Trust, Jeannette is the first port of call for people in the community.

The Trust offers fishing permits for the Lochs it owns on the North Assynt Estate, which are sold through various outlets including local campsites, the hardware store in Lochinver, and of course, Lochinver Landscapes. Fishing for most of the other lochs and rivers in Assynt is managed by Assynt Angling.

“We also have some boats on some of the lochs”, says Jeannette. “We have a little office set up in Stoer which is manned by two local youngsters. They sell tickets for the boats and give them life jackets. It gives two youngers a job in the summer as well.”

They have a small hydro scheme too, that produces electricity for the National Grid.

The Trust are completely self-sufficient. The idea of making money is to do things for the community.

“We’re currently working with the Scottish Housing Trust to try and develop some affordable housing in the area”, says Jeanette. “We also give bursaries to local youngsters who go to university. Things like that. And if anybody is in hardship, we try to help them out.”

In 2018, the Trust celebrated their 25th anniversary. They organised a week-long celebration with events including a hill race, creative writing competition, and music festivals. They also hosted a series of workshops covering the archaeology of Clachtoll Broch, sheepdog handling, sheep shearing and more. The finale was the Fèis in the Fank, an all-night festival of Scottish music.

Aside from her role as Administrator for the Assynt Crofters Trust, Jeanette is a talented writer and painter.

Jeannette has written two books for adults and two children’s books. The adult books are self-published and she sells them online, or occasionally at the markets in Lochinver. Abandoned and The Dragon’s Promise are both set in the North West Highlands and are a delight for anyone who loves the wild landscape of the area.

Jeannette’s first children’s book was just recently published and is available for Kindle. Breagha, The bravest hen in the Highlands is a heart-warming tale of a brave hen as she heads off on an adventure with her animal friends. The book also features hand-drawn illustrations by Jeannette.

Jeannette specialises in animal paintings, including pet portraits and paintings of the diverse range of wildlife found in the Highlands. The paintings are sold through Lochinver Landscapes.

Jeanette also paints animals on pebbles. The pebbles are made of Torridonian Sandstone, which is between 800 and 1200 million years old, and Lewissian Gniess, which at 3 billion years old, is older than life on Earth. “I’ve always done painting, usually pet portraits and things like that”, she says. “But coming up here, as well as the sandy beaches there are lots of stony ones too, and I paint little curled up animals on the stones. They’re great fun.”

You can visit Jeannette’s website here for further details of her books and paintings and how to purchase them. 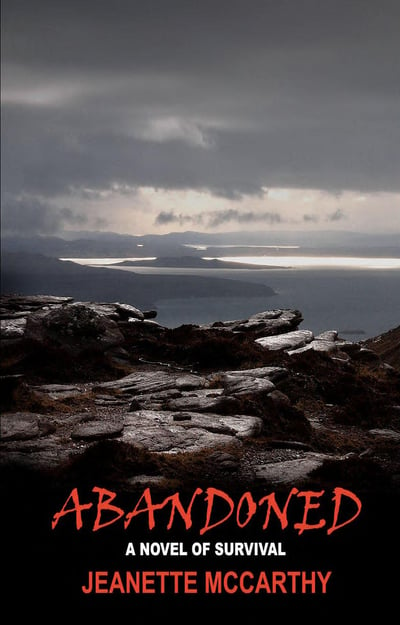 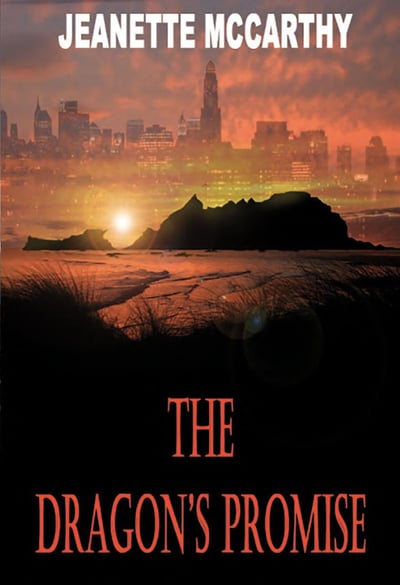 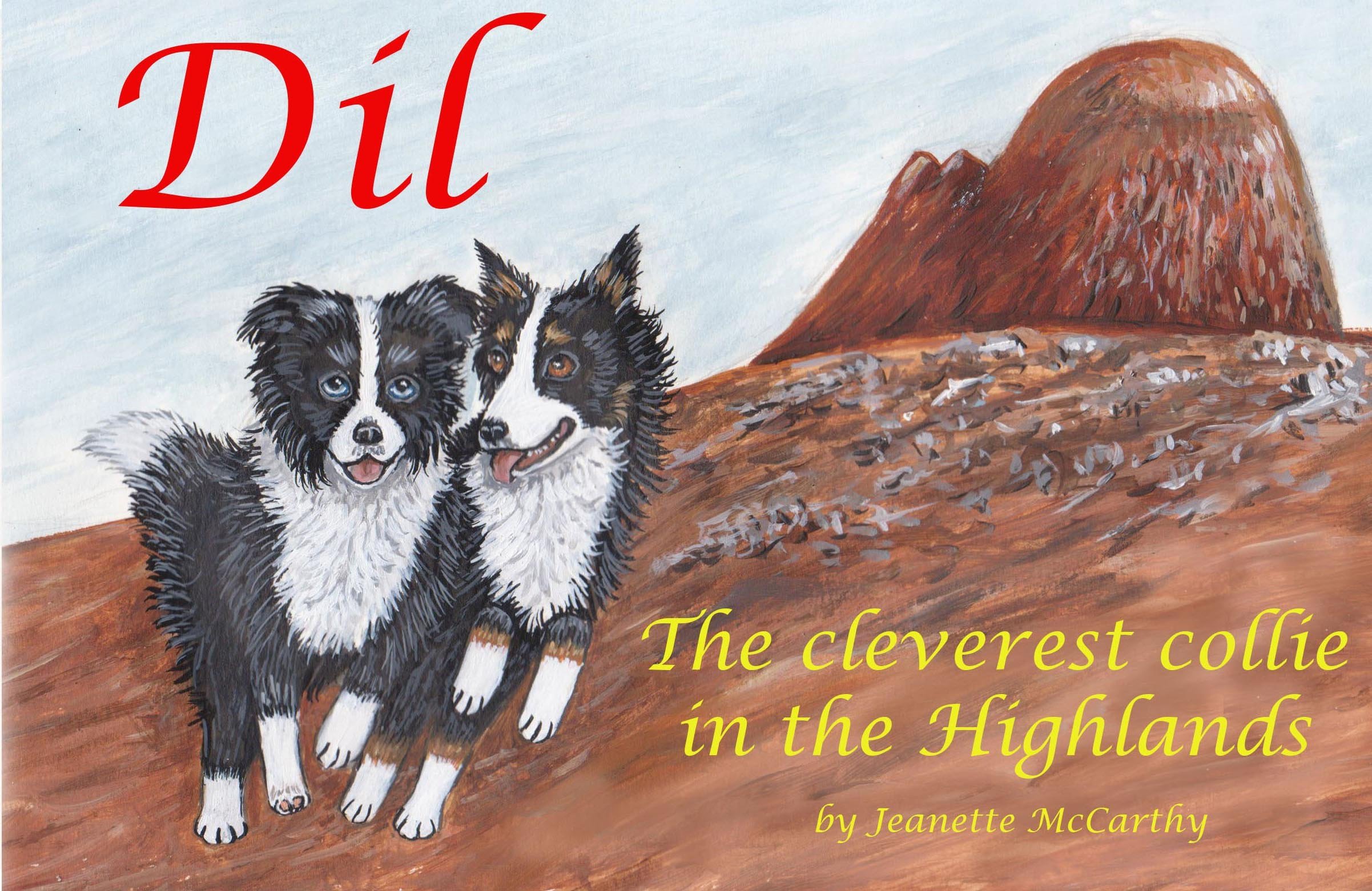 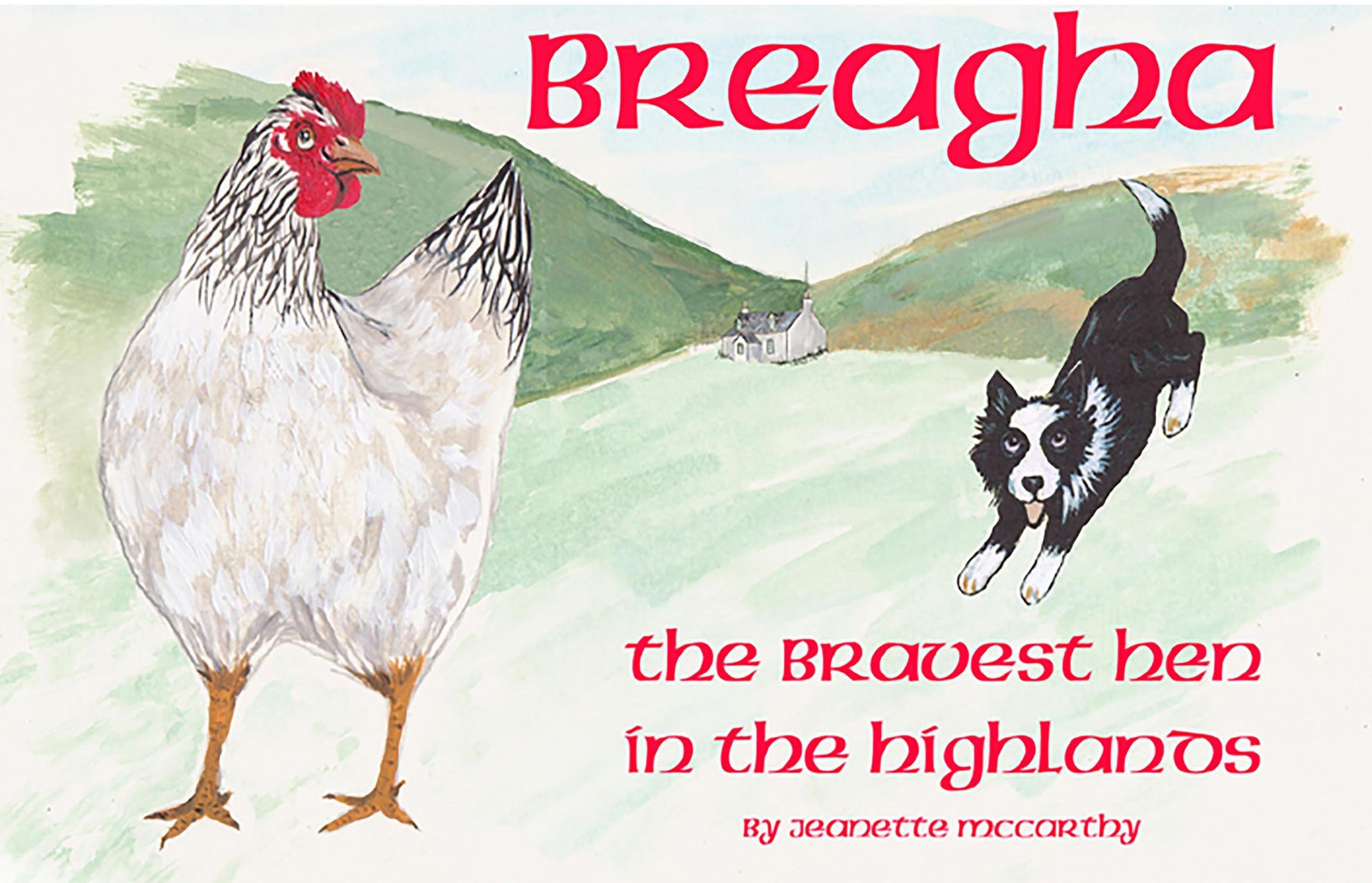 The crofters started a campaign to raise the money to buy the land. Money came in from expats over in Australia, Canada and America. People with Scottish ancestry all chipped in. And they raised the money and bought the land! This was in 1993.
Jeanette McCarthy