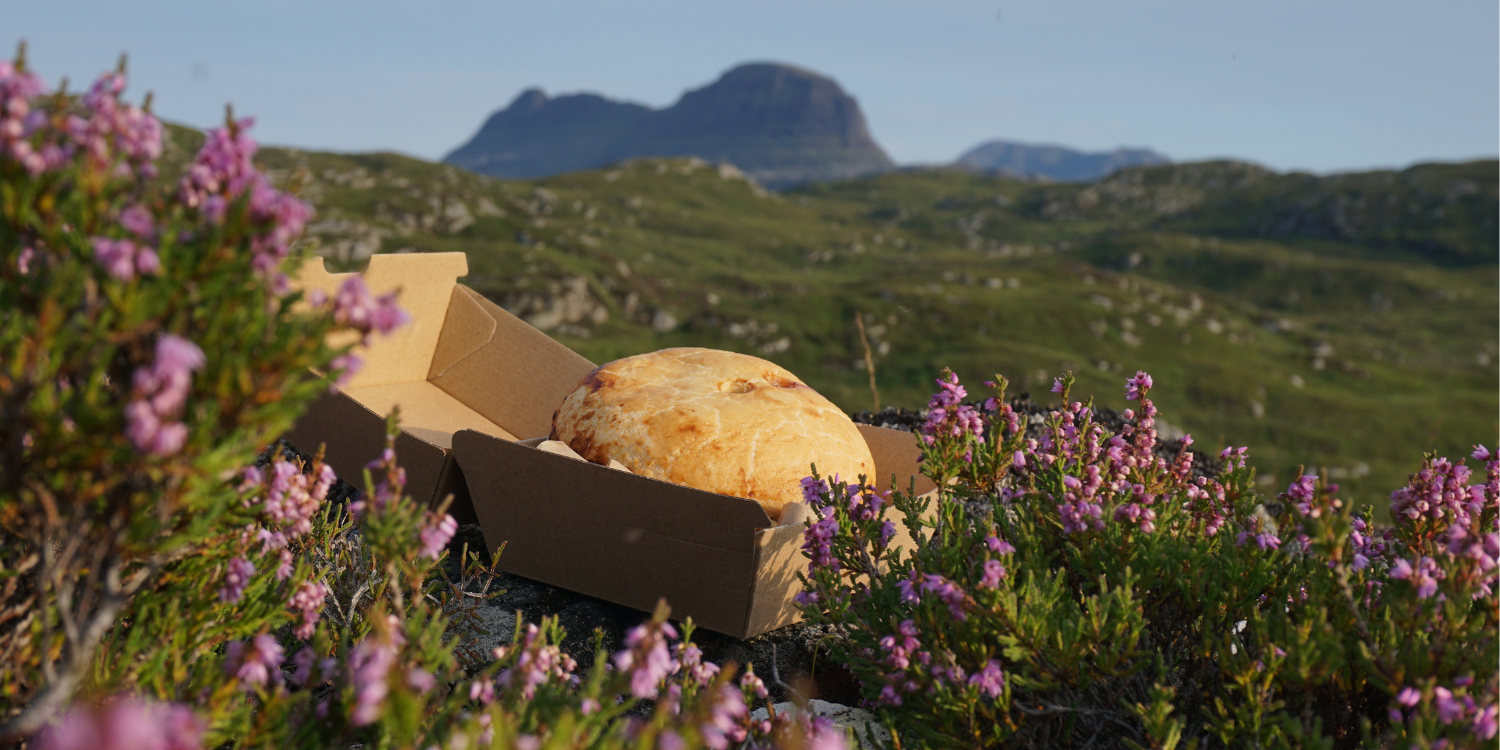 Hello March, we’re delighted to see you! Longer daylight hours, (hopefully) less bracing temperatures here in the Highlands, but most importantly, ‘British Pie Week’ – with a discount code and a new pie special to celebrate!

Happy British Pie Week! Every week is ‘pie week’ in the land of Lochinver Larder, but we’re always in full support of any pie-style celebration! British Pie Week was originally founded in 2007 by Jus-Rol, producers of ready rolled pastry, but has since been claimed by Pierate who are continuing the official, week-long tradition of sharing events, recipes, and competitions – all for the love of pies!

Pies are a culinary emblem of British cuisine, and ours are obviously a wee bit extra special because they’re Scottish: there’s nothing quite like golden pastry, deep-filled with Highland venison & cranberry or haggis, neeps & tatties!

The origin of the humble pie varies depending on which source you’re reading, but it’s the Romans who are given most credit for their creation; there are also suggestions that the Ancient Egyptians were partial to a pie. Either way, it’s no surprise that it was some of the world’s most advanced empires who discovered this heavenly dish!

It was the 12th century before Britain adopted the pie-munching trend, and we’ve never looked back. Interestingly, long before the days of our talented Pie Makers and their expert pastry crafting skills, the pastry on a pie was used merely to preserve the filling, and was so hard it was inedible. Can you imagine?!

In an equally shocking turn of events, Oliver Cromwell allegedly banned the consumption of mince pies on Christmas Day in 1644, as he considered this act a forbidden form of pleasure; can’t say we disagree, minus the ‘forbidden’ part.

Fast-forward a few centuries to 1986, another significant year in the great timeline of pies. This will be remembered in pie-land history as the year Lochinver Larder was born. The NC500 just wouldn’t be the same!

We know that some of you “would walk 500 miles” just for one of our pies, but you don’t even have to leave the house, thanks to our Pies by Post service, which was launched in 2003. It’s as easy as pie!

A new limited edition pie has landed at Lochinver Larder and if you’re a seafoodie, this will be your perfect catch. Introducing our sensational Smoked Haddock Pie!

Scotland’s coastline has a strong seafaring heritage and our wee village of Lochinver is still a bustling fishing port, so it only seems right that we put a fishy on your little dishy – wrapped in buttery golden pastry, of course.

These smoky, cheesy delicious pies are here for a good time, not a long time, so be sure to order before the 28th March to avoid missing out.

If seafood just isn’t your thing, you can never go wrong with a classic Steak & Ale pie; our long term bestseller, with no sign of it being knocked off the top spot!

Remember, our hearty Lochinver pies are available all year round and for every occasion. Pies are for life, not just for British Pie Week! If you’re travelling on the NC500 this year, come straight to the source to sit-in or takeaway for a posh packed lunch on a mountain hike or by the sea: if you fancy a pie on the beach, check out our top NC500 beaches.

In the meantime, enjoy 10% off your next order using discount code: BRITISHPIEWEEK

We just got back to Lochinver in time to buy venison pies to take away, after climbing Suilven. SUPERB!! We lived off Lochinver pies for the next 5 days, making repeated visits. Also very delicious vegetarian pies, and sweet pies. We are not usually pie people, but were totally won over.
Pie Loving Customer